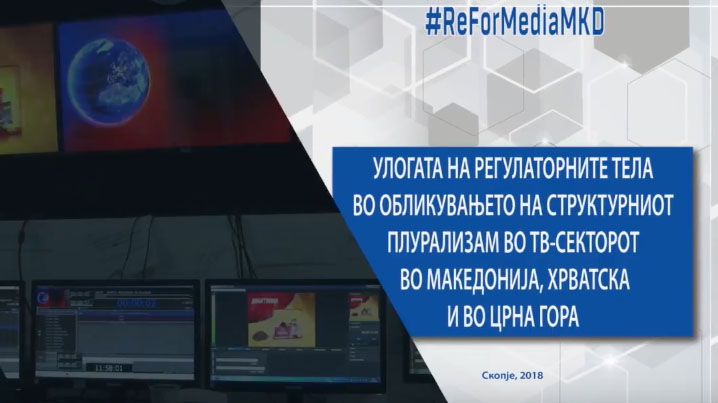 Analysis: The role of structural pluralism in the Macedonian, Croatian and Montenegrin TV sector

Media pluralism is not clearly acknowledged in the legislation as a regulatory objective in the audiovisual field. The development of the audiovisual sector and the media pluralism (in Macedonia) to date did not take place strategically, and it was up to the regulator to implement their own strategic vision. Furthermore, the legacy fragmentation of the market, the political and industrial pressure on the regulator had an effect on the aggravation of the overall media image. The analysis shows that the audience in Croatia has the greatest access to a variety of general and specialized TV services with domestic content.

These are the main conclusions from the comparative analysis “The role of structural pluralism in the Macedonian, Croatian and Montenegrin TV sector”, prepared by PhD Snezhana Trpevska.

The role of structural pluralism in the Macedonian, Croatian and Montenegrin TV1.22 MB