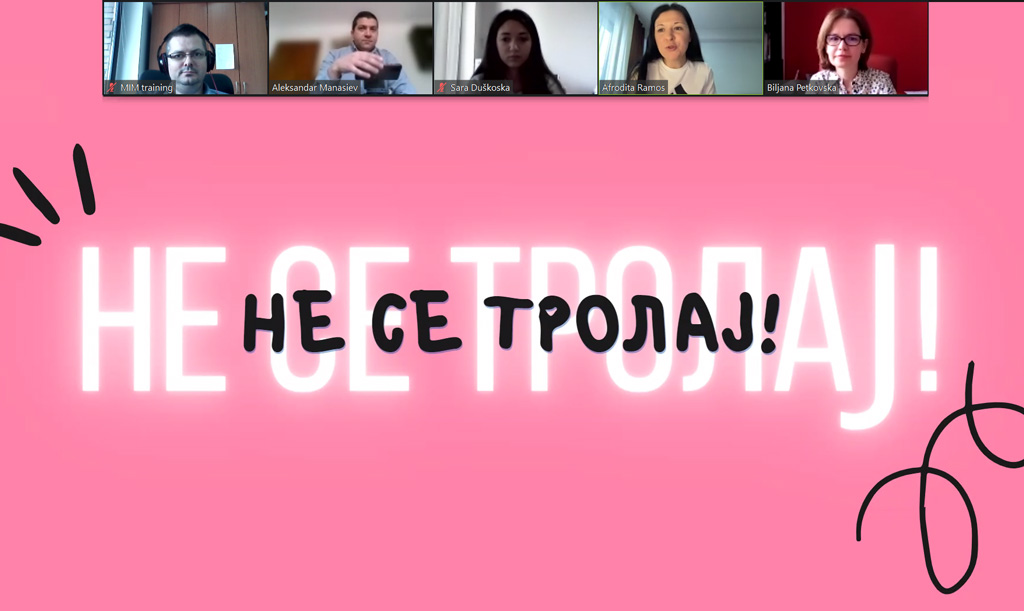 Don’t Troll” is the winning idea of the three-day hackathon attended by young people from several cities in N. Macedonia, organized in 3 teams. The winning proposed solution addresses the problem of "trolling" on social media, as one of the most common forms of cyberbullying on various grounds. The winning team offered a solution for the creation and promotion of “troll-free” social media environments by establishing a code of conduct that will prevent “trolling”, especially to girls and women active on social media. The aim is to establish a kind of self-regulated social media communities by adopting the code of conduct in order to become and be labeled as "troll-free" environments, safe for users.

Moreover, the other two teams offered exceptionally interesting and quality solutions on the topics of "Junior Detective" and "Choose Your News". The idea “Junior Detective” offers a set of solutions for educating primary school students about the basic principles of media literacy through educative games, talking with their favorite social media influencers, and short interactive lectures about the world of media and media reality. “Choose your news” is a proposed solution about a mobile and desktop application which will offer education for media literacy and a set of tools for informing young people about the possibilities of social inclusion.

The Hackathon “YouthForMILSolutions” was held from 26 to 28 April, 2021, within the regional project "Media for Citizens - Citizens for Media", implemented by several media organizations from the Western Balkans, including MIM, with financial support from the European Union.

During the Hackathon the participant exchanged ideas and competed in the use of knowledge regarding media and information literacy. The aim was to design initiatives and innovative solutions for effective recognition and purposeful use of information from publicly available media sources, as well as to offer solutions for combating 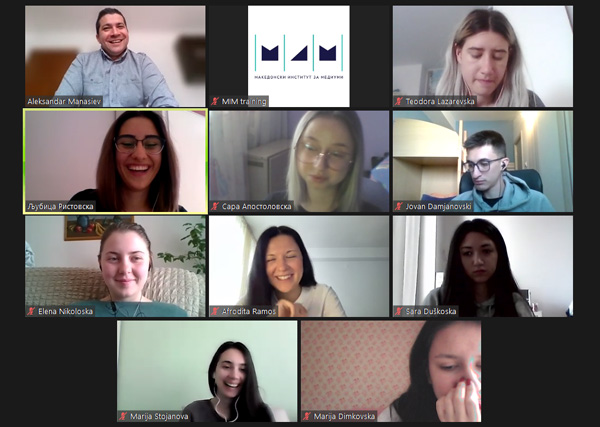 misinformation and other negative phenomena of digital media. At the first day, the participants were introduced to the necessary steps that need to be taken for an idea to become a reality, as well as the key skills for presenting ideas to the stakeholders. Through practical exercises they prepared for what follows - designing and presenting their own conceptual solutions.

During the second day of the Hackathon the participants found out useful tips on how to protect themselves from disinformation and how to “sell” their ideas by using tools for visualization and creation of multimedia presentations.

At the final working day, the young innovators finalized and presented their solutions in front of the jury. The participants offered exceptional quality ideas, elaborated in details, with concrete steps for realization.

The three-day Hackathon resulted in proposed solutions which significantly can help young people in raising awareness and advancing knowledge about the media world, preventing dangers in the digital reality, as well as ensuring safe using and sharing information on the Internet.