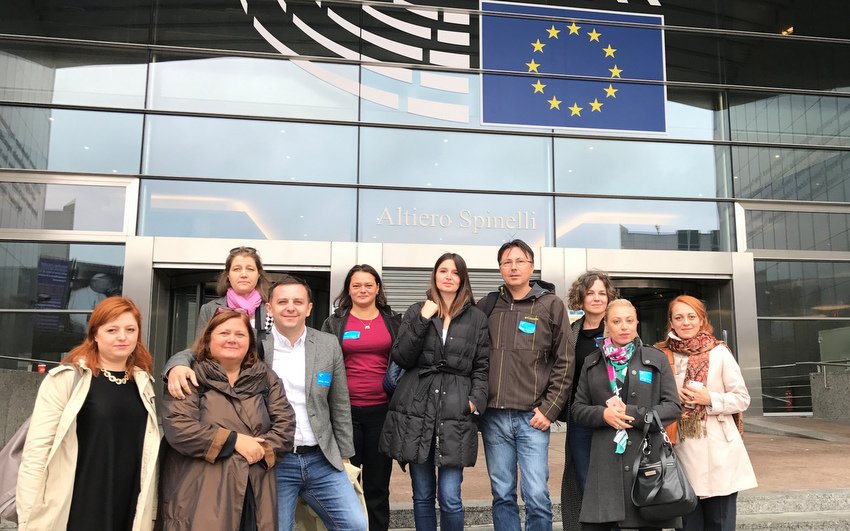 The inefficiency of the media markets, the non-transparent financing of the media, especially from public sources, the endangering of media freedoms and rights of journalists, the growing trend of fake news and media literacy as one of the ways to deal with them, are in the focus of interest of both European institutions and European media organizations that monitor the development of the media landscape in the Western Balkan countries.

This was emphasized at several meetings with European MPs, high representatives of European institutions and several international media organizations in Brussels, with whom the representatives of media organizations from the region met as part of their advocacy visit on October 10 and 11 2017. This activity is part of the project “Partnership for Media Development in Southeast Europe".

Media organizations from the region, including the Macedonian Institute for Media, had meetings with MEP Renate Weber, Principal Adviser for Civil Society and Media at the DG NEAR, Andris Katheris, with representatives from the DG CNECT and with several international journalist and media organizations - the European Federation of Journalists, EAVI and the Global Media Development Forum.

The project is funded by the European Commission and is implemented by the Center for Independent Journalism from Romania in partnership with the Albanian Media Institute, the organizations Media Center and Media Initiatives from Bosnia and Herzegovina, Media Center - Belgrade and Media and Reform Center - Nis from Serbia, Montenegro Media Institute, the Macedonian Institute for Media and the Media Development Center from Bulgaria.