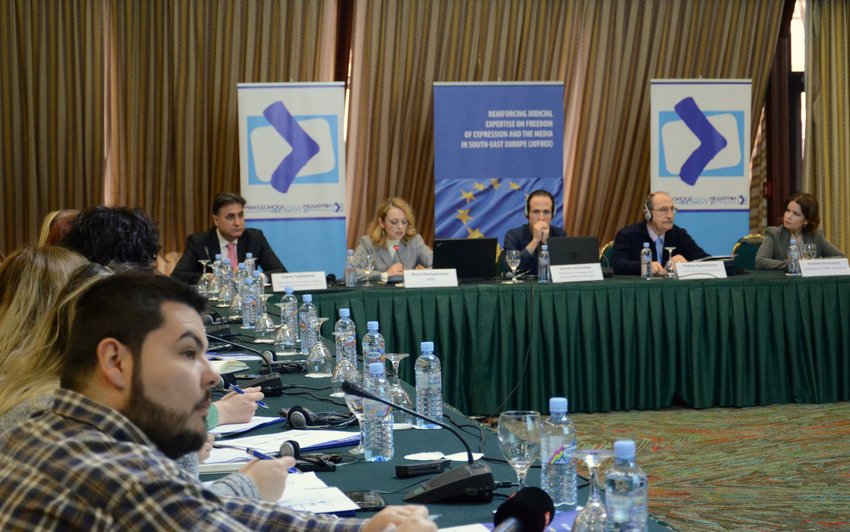 Political pluralism in the media is a complex topic whose encouragement depends on the inclusion of multiple relevant stakeholders and various participating mechanisms. Consistent application should be allowed for the legal regulation, all institutions and authorities with competences in the area should work together and consistently enforce their obligations, the self-regulatory body should continue their efforts and the media should reinforce their support for its work. Media and citizens organizations should exert pressure into promoting this goal by also incorporating this issue in the educational system as a value which shall receive commitment of new generations of journalists and media workers. It is especially important to reinforce awareness with the media and media owners, editors and journalists, as well as with political elites who need to demonstrate democratic capacity and leave the media to function independently.

These were some of the crucial points raised at the conference "Political pluralism in media reporting in the period outside of election campaign” organized by the Macedonian Institute for Media in cooperation with the Council of Europe.

The Macedonian legislation does not foresee any rules or norms related to ensuring political pluralism beyond election period, while in election period this topic is regulated by the Election Code. "Beyond elections, the greatest burden, or responsibility, lies with media editors and owners. Following the change of government (in 2016), there were changes in the way the media report. However, the question remains whether with a future change in government, the media would continue to report in favour of a certain political party," said Zoran Trajcevski, director of the Agency for Audio and Audio-Visual Medial Services.

The expert from the United Kingdom, Justin Schlosberg, a professor at the Birkbeck University in London, said that sourcing from the situation in his country, he could recommend to set up an independent commission on pluralism which would thoroughly consider all issues influencing political pluralism in the media: '...not only related to impartiality or lack of impartiality, but viability of various types of media, various voices heard in the media, it should be ensured that audiences are in their integrity exposed to a variety of opinions expressed in the media." In his opinion, said commission would recommend the government and assembly proposed changes with regards to all issues specific to a national context, such as how the regulator is funded and constituted, what their obligations are, with regards to the net neutrality, subsidy of not-for-profit media, etc.

The conference was held within the project ‘Reinforcing judicial expertise on freedom of expression and the media in South-East Europe (JUFREX)' co-funded by the European Union.

The presentation of the UK expert, Justin Schlosberg, is attached herewith.

Photo gallery of the event is available here.