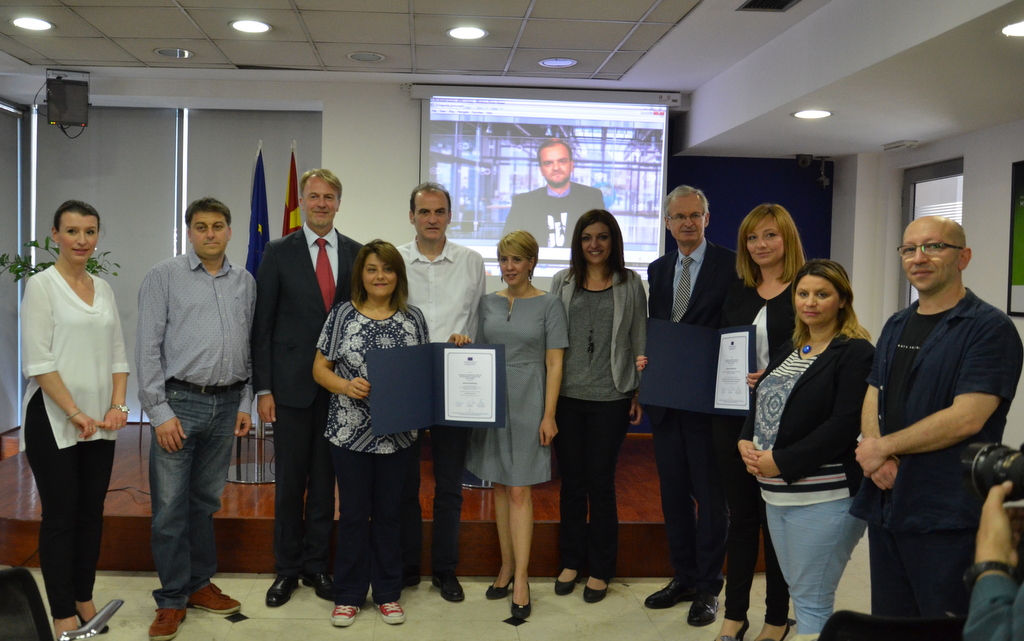 The journalist Boris Georgievski won the first prize at this year's "EU Award for Investigative Journalism" contest, for the series of articles titled "Dossier Telecom", published on the web-portal "Prizma". The story reveals the developments related to the "Telecom" corruption affair and the numerous controversies that are associated with the company's operations and the relations with the Macedonian political leadership since 2001. 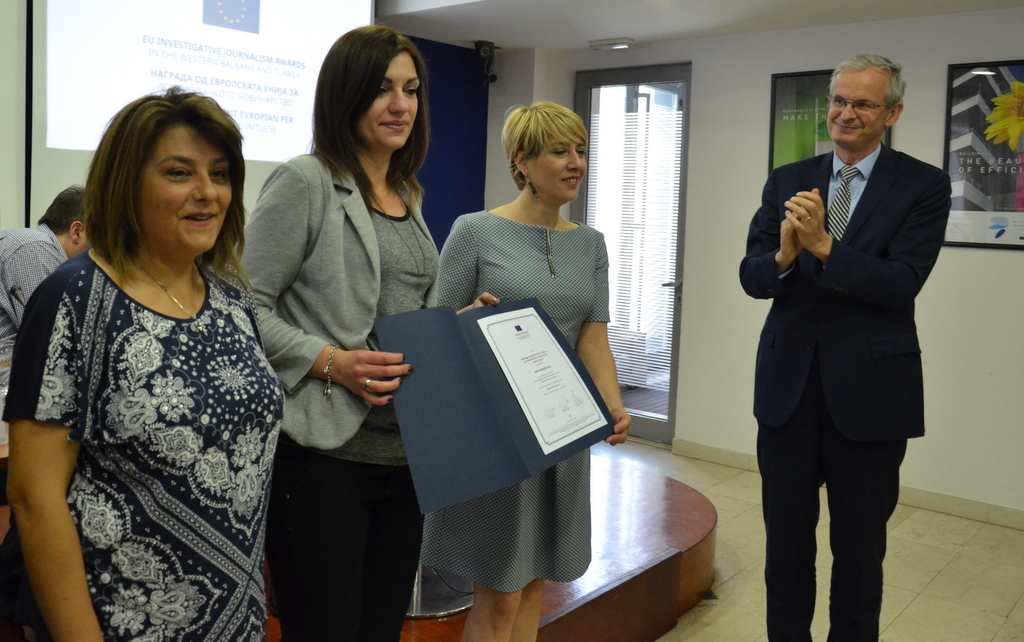 The second prize is awarded to the investigative story of the team of BIRN Macedonia journalists on the topic "Skopje 2014 Uncovered", published on the web-portal "Prizma".The series of articles and the online database reveal the amount of public money from the budget that has been spent by now for the construction of the facilities from the "Skopje 2014" project, as well as a series of corruption trends and relationships between the entities that stand behind the project.

The award for the best investigative story by a young journalist, which was awarded at the contest for the first time this year, went to Biljana Nikolovska for the series of TV-stories on the topic "From unemployed to prisoners:how the system convicted and then amnestied 15,000 health insurance beneficiaries", aired on TV Telma. The story reveals that at the request of the Hea 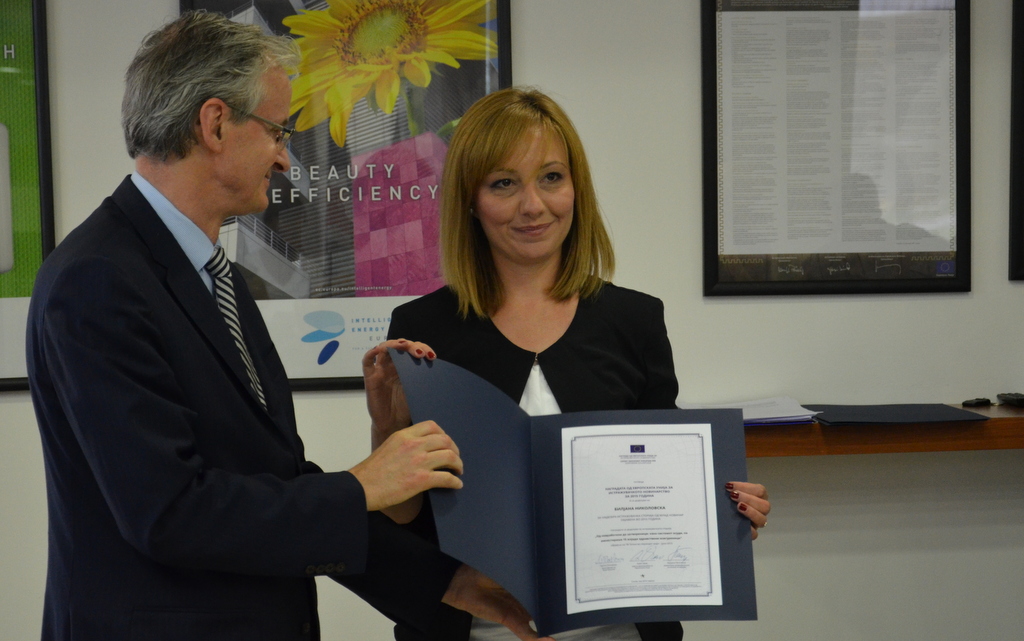 lth Insurance Fund, the prosecution offices across the country initiated proceedings against unemployed persons for the crime "forgery of a document".

In view of the fact that among the shortlisted stories there were several that were of a high quality, that addressed extremely important topics of public interest and that caused a stir in the public or changed a given situation, the jury decided to award the maximum number, i.e. three awards.The winning story is awarded EUR 4,000, while the awards for the second place and for best investigative story by a young journalist are EUR 3,000 each.

The jury noted the need for new projects and initiatives for support of the investigative journalism in the newsrooms, for stimulation of the young journalists to spend much more time researching topics and for greater cooperation between the mainstream media and the research centres and organizations.

You can download the Report of the jury HERE.