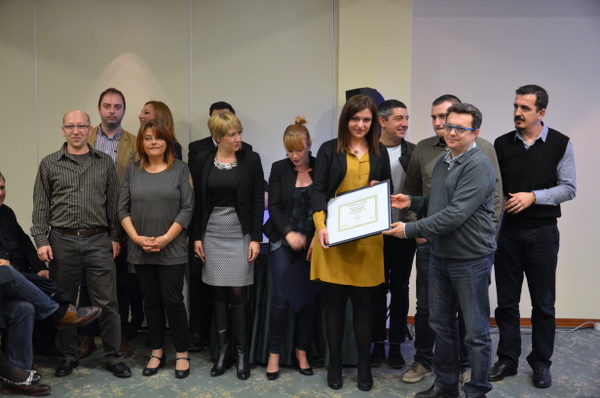 Team of investigative journalists from BIRN Macedonia won the first place on MIM’s contest for the journalism award “Nikola Mladenov” for best investigative story of 2015. The winning story “Skopje 2014 Uncovered” is awarded for the series of stories and interactive online database that disclose spending the public money for the controversial project “Skopje 2014”.

The journalist Biljana Nikolovska won the second prize for the documentary “When the health system kills a child”, aired on Telma TV. This is a film version of the series of TV-packages about the case of the little Tamara Dimovska, the girl who was suffering from scoliosis and died waiting for the institutions to approve the treatment aboard.

The third prize was shared between the journalist Dzelal Neziri from SKUP Macedonia for the story “In the toxic Kingdom of Jugohrom” and journalists Goran Rizaov, Saska Cvetkovska and Borjan Jovanovski for the series of texts on “Telekom affair” published on the website NovaTV. 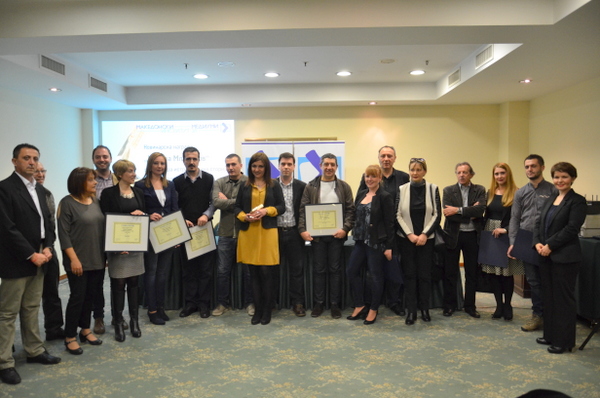 This year, the jury decided to award honorable mentions for outstanding journalistic engagement to the journalists Saska Cvetkovska and Vlado Apostolov for the story "Russian Samsonenko in the story - Invest in Macedonia via Belize", Petar Klincarski for the story "Supply of Chinese palms in Macedonia” 'published in the investigative program "KOD" on Telma TV and Suzana Miceva for series of TV-stories on "Migrant ordeal through Macedonia", published on Telma TV.

This was the 15th jubilee of MIM’ award for The best investigative story of the year, which is part of the efforts for promotion of professional journalism and democratic values in the country.