Citizens usually do not have a clear idea that enormous sums of public money are in stake in the cases of misuse of budgetary funds by institutions. Therefore, investigative journalists have to find alternative, sometimes visual ways to bring information closer to the citizens. They should put more efforts and energy, as well as devote more attention in order to persuade people to take part with their personal testimonies in the investigative stories. 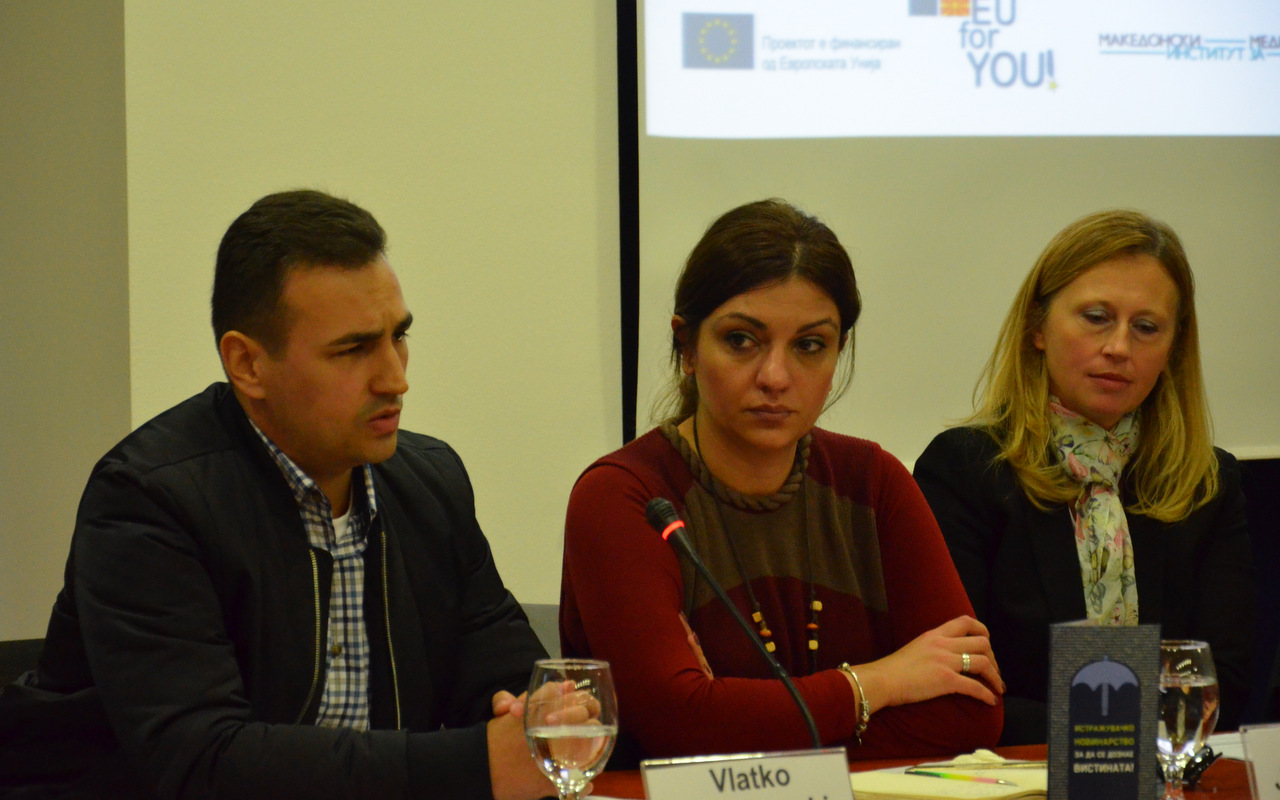 These were some of the points that journalists Mary Jordanovska from the Balkan Investigative Reporting Network (BIRN) and Vlatko Stojanovski from the weekly Focus stressed out at the debate "Investigative journalism – for revealing the truth" organized by the Macedonian Institute for Media and the Center for Investigative Journalism SCOOP. The event is part of the four-year regional project "Southeast European Media observatory " in which MIM participates as a national partner. The project is financially supported by the European Union. 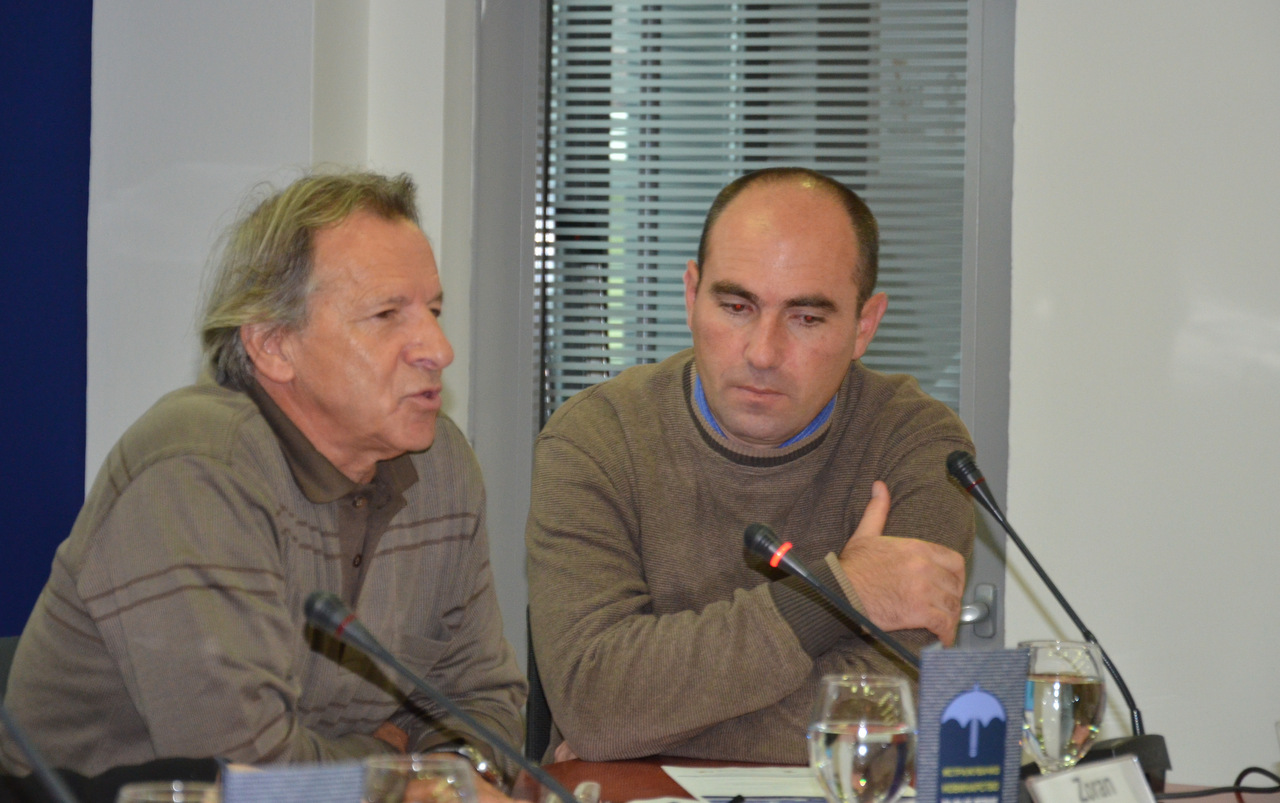 The investigative jornalists spoke about the challenges and problems they have been facing with during writing the investigative stories. Their message was that journalist needs to be persistent in the race against time, meticulous in checking information and unshakable under pressure. Journalist Goran Lefkov from Center for Investigative Journalism -SCOOP encouraged the journalists to use the Law for Access to Public Information as often as possible, and always try to confirm the information from more sources. 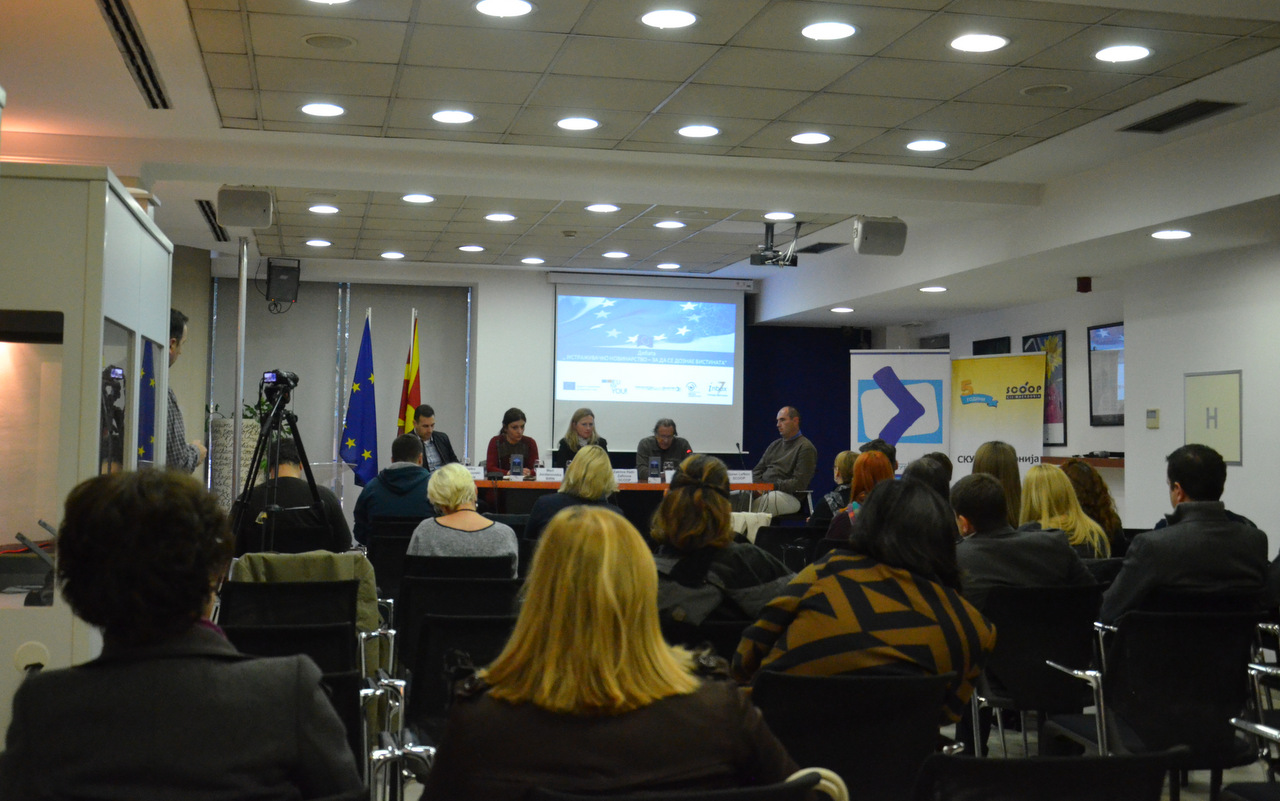 "Investigative journalism is powerless if the institutions, politics and citizens are inert, as well as if media are not standing together", concluded Zoran Ivanov, an exerienced journalist and editor for many Macedonian media. According to him the public is becoming increasingly demanding for investigative stories, while in the practice there are only few "enclaves", such as SCOOP, BIRN or Focus that nourish this type of journalism in Macedonia.

During the event, a publication and three short videos on the topic of investigative journalism were promoted.