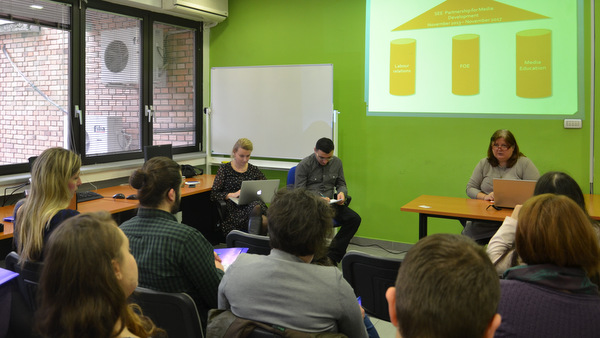 The media literacy of the audience and the educational needs of the journalists were the focus of the expert discussion and the two-day workshop organized by the Macedonian Institute for Media, in cooperation with the Center for Independent Journalism from Romania, as part of the regional project "SEE Partnership for Media Development" funded by the European Commission. The perspectives and the challenges in terms of the introduction of the concept of media literacy in the Macedonian society, as well as the role of the journalism education in terms of the affirmation of the professionalism in the journalistic profession, were the subject of the expert debate which was attended by representatives of the journalism faculties, the secondary schools, the regulatory body, the media and the civil society organizations which are working in the field of media literacy.

During the event, the findings and the recommendations of the „Survey on the educational needs of the journalists and the media literacy of the audience in Macedonia“, were presented, which survey was made by the research team of MIM. In terms of the media literacy of the audience, the participants agreed that, despite the engagement of the civil society organizations, there is a need for more active involvement of the relevant state institutions, from the aspect of introducing media literacy in the education at the earliest age, as well as in terms of educating the older audience through campaigns of public interest. 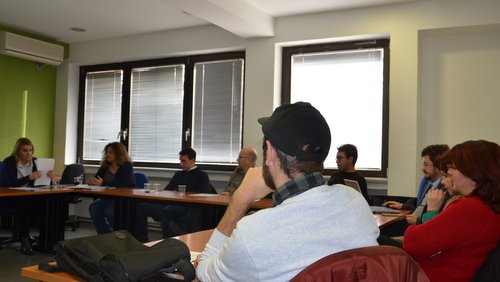 The negligence of the professional standards in journalism and the long-lasting crisis in the media sphere have a negative impact on the young journalists and students who are yet to be professionally upgraded. In this regard, the debaters stressed that greater involvement of the journalism faculties is necessary in order to better prepare the future journalists for work in the editorial desks. According to some participants, the faculties should ensure an effective balance between the theoretical and the practical skills, strengthen the cooperation with the media in order to provide practical training for the students, revise the curricula by including local examples from everyday life and educate journalists who will work ethically, professionally and in the interest of the public. 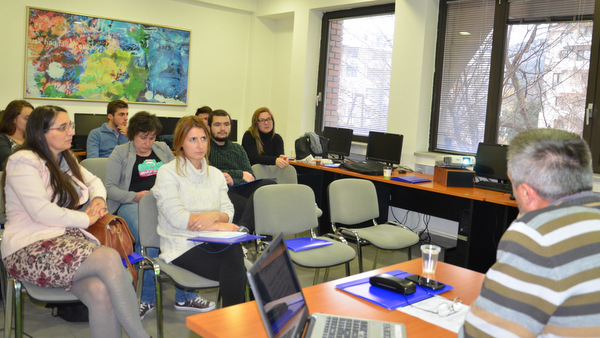 Before the expert debate, a two-day workshop was also organized about the role of the media literacy in the more active involvement of the citizens in the democratic processes, which was conducted by Cristina Lupu and Ioana Avadani form the Center for Independent Journalism from Romania, as well as Zoran Bojarovski, a long-time journalist and editor in the Macedonian media. The participants were introduced to the concept of media literacy and its practicing worldwide, compared to the local perspectives, and they also discussed about the role of the different institutional and non-institutional stakeholders in the promotion of the media literacy. They developed ideas for advocacy campaigns about the concept of media literacy and its importance for a democratic society.

The report of the "Survey on the educational needs of the journalists and the media literacy of the audience in Macedonia" is available below: