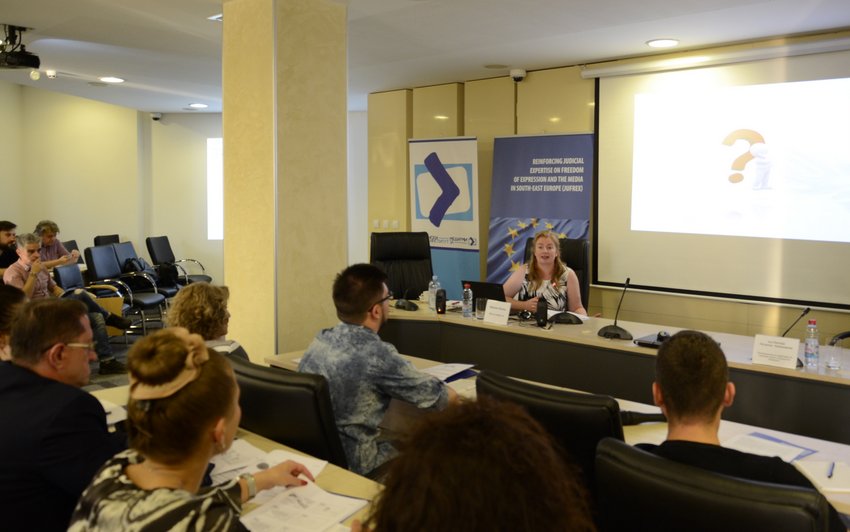 Media and IT Literacy is a dynamic concept of life-long learning, and its definition changes along with the changes in the technology. However, the power of cooperation among the different stakeholders – both institutional and non-institutional – is key to the development in this sphere, i.e. to the understanding of its very concept and its implementation on the citizens’ part.

This was stressed, among other things, by Ms. Martina Chapman, a media literacy expert from Ireland, at the workshop on “Strengthening the Media Literacy Network of the Republic of Macedonia Through Exchange of Experiences”, which was organized by the Macedonian Media Institute, in cooperation with the Agency for Audio and Audiovisual Media Services.

The meeting was aimed at conveying experiences regarding the strategies and activities needed when planning media literacy projects, as well as good practices that have resulted from the cooperation among the relevant stakeholders. In this, an overview was presented of examples from the Republic of Ireland, which has an operational media literacy network and this concept enjoys the institutions and society’s significant support.

Ms. Chapman explained that the Media Literacy – Ireland Network is an independent association founded by the Irish regulatory authority. It includes 100 members, which are dedicated to promoting and enhancing media literacy all over the country, through sharing experiences and resources, with the aim of gaining benefits for all, and not only for certain parts of society. The Network has its own strategy, work groups that function within its frameworks, and carries out various activities, issues its own Newsletter, develops a data-base of resources and a stakeholders’ networking platform. According to Ms. Chapman, the Network aims to become self-sustainable in the following few years.

The workshop was organized as part of the joint EU and CoE project titled “Reinforcing Judicial Expertise on Freedom of Expression and the Media in South-East Europe (JUFREX)”. The Macedonian Institute for Media is the Macedonian partner of the project.

The photo-gallery of the Workshop is available at this link