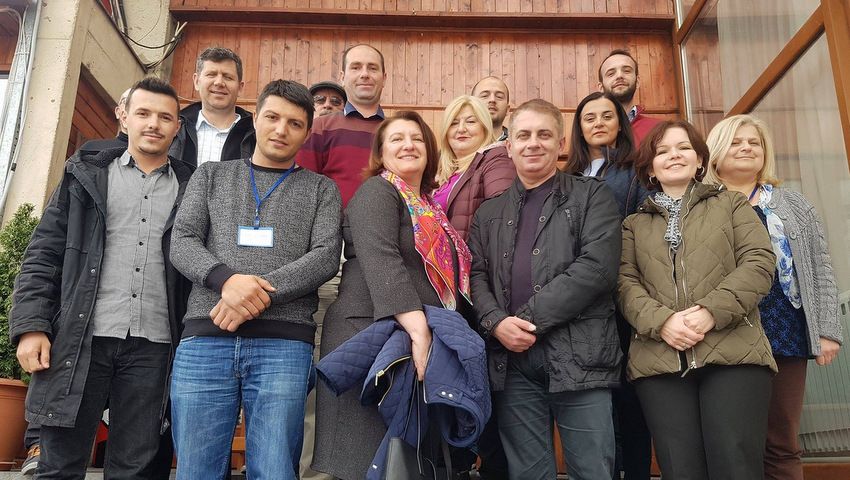 The legal protection of journalists in accordance with international standards, the European Convention on Human Rights and national legislation was the subject of a two-day workshop organized by MIM on April 20 and 21 2017, in the frames of the project "Strengthening judicial expertise for freedom of expression and the media in Southeast Europe (JUFREX)" organized by the EU and the Council of Europe.

Journalists and editors from print and online media on national and local level, participated at the workshop, which hosted prominent legal experts and representatives of the media community as key speakers.

Mr. Lazar Sandev, prominent lawyer who has been working on media related cases, in his presentation focused on key aspects of the legal framework that guarantees the implementation of the right to freedom of expression, freedom of the media and the work of the journalists in Macedonia. He shared his own experience in representing journalists and media outlets in front of the domestic courts, especially in cases when it comes to lawsuits for insult and defamation.

The situation with media self-regulation in the country was presented by Mirce Adamcevski, the Chairman of the Complaints Commission of the Council of Media Ethics of Macedonia. Adamcevski highlighted challenges and support mechanisms for self-regulation by the stakeholders, in order to improve the professional reporting and protecting journalists from possible lawsuits.

The president of the Association of Journalists of Macedonia, Naser Selmani, shared their experiences regarding the protection of journalist’s rights. He stressed the recent judgement of the Strasbourg Court, which stated a violation of the right to freedom of expression and the right to a fair trial in the case of expelling the journalists from the Parliament’ gallery in December 24, 2012.

Participants agreed on the need to promote knowledge and awareness of journalists in relation to existing domestic laws that guarantee the right to freedom of expression, as well as to strengthen the skills of journalists in reporting on the work of the judiciary and the interpretation of court decisions and judicial terminology, including the work of the European Court of Human Rights. They also emphasized that in order to improve the legal protection of journalists during their daily work, a further improvement of legislation and its proper implementation is of immense importance.