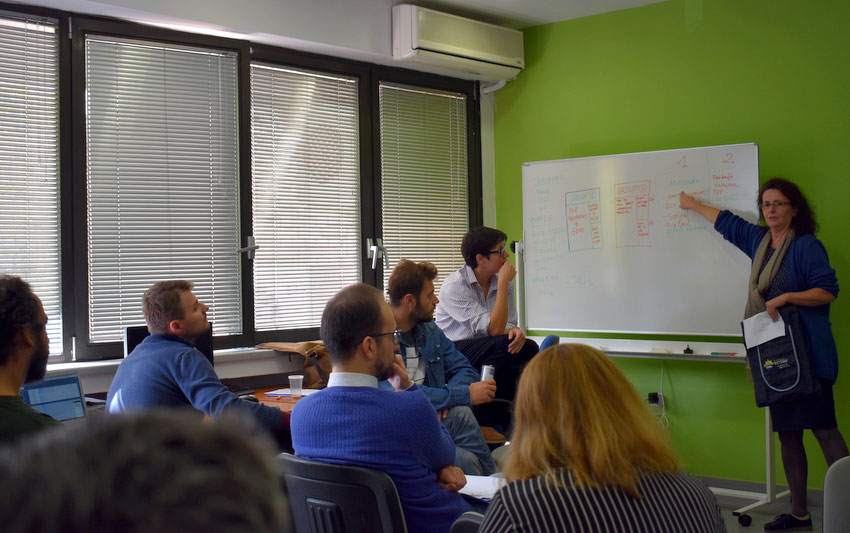 Development of media literacy skills, recognizing and dealing with fake news, producing multimedia content and preparation of effective training programs in the field of media and information literacy were some of the topics of the two-day training for trainers organized by MIM in late September. The workshop was part of the regional project "Media for Citizens - Citizens for Media", led by Mediacentar Sarajevo and implemented by consortium of media CSOs. 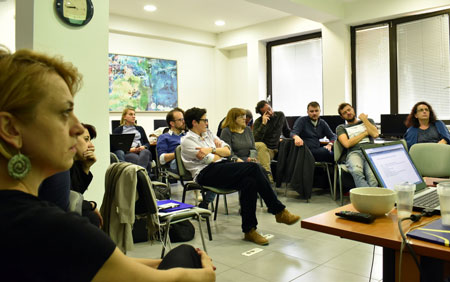 In total 16 representatives of civil society organizations, media and educational institutions participated at the training. Under the guidance of the two trainers, Naomi Thompson from the European Association for Viewers’ Interests (EAVI), UK and Stefan Janjic from the Novi Sad School of Journalism, Serbia, the participants had opportunity to build on their theoretical knowledge and engage in practical and interactive part of the training.

"Media literate citizens are able to create media content and respond to information in a responsible manner. The various perspectives they bring, can contribute to tackling wrong narratives and the fake news we see in the media", Naomi Thompson from EAVI said. She believes that media education should be lifelong learning, starting from the earliest age in kindergartens, to the end of life.

Today, people are increasingly talking about media literacy, critical thinking, about fake news and I think that now is the right moment to make some changes, to motivate people to educate themselves and be more media literate", Stefan Janjic from the Novi Sad School of Journalism pointed out. According to him, media literacy programs are extremely important because the media are present every where around, whether we are talking about social or mainstream media, they reach every segment of our lives, our relations, as well as political and economic spheres.

The trainees will be engaged as trainers on further trainings and workshops that MIM will oranize in the upcoming period for local CSOs that are interested in media and information literacy.

The regional program "Media for citizens - Citizens for media: Strengthening the capacities of civil society organizations for the development of the MIL in the countries of Western Balkans" is implemented with the support of the European Union.