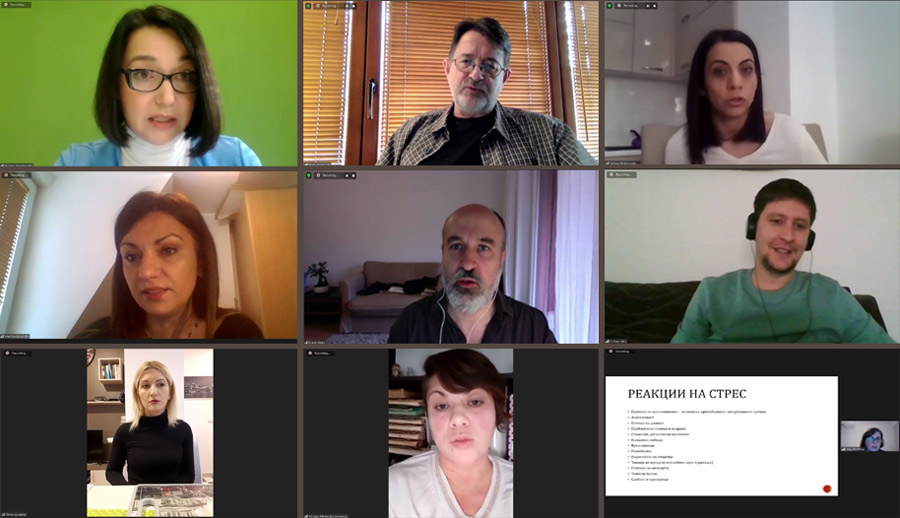 The psychological support for journalists must not be a taboo

A two-day workshop on “Psychological support to journalists in crisis situations” was organized by the Macedonian Institute for Media (MIM) and the Independent Union of Journalists and Media Workers of Macedonia (SSNM) that conveyed the message that the journalists, cameramen, photojournalists should speak openly but also request assistance for the psychological consequences they suffer from the stressful, crisis and traumatic experiences in the course of their works.

In the absence of institutional psychological support for media workers, Gavin Rees, Director and trainer at Dart Center – Europe as well as expert in this field, recommends that the superiors, but mostly the colleagues in the newsroom, should be the ones to recognize and will give the necessary help to the colleagues in order to deal with the consequences of stress and trauma. The way to do that, says Rees, is sincere care and careful listening to the colleagues when talking about what they have experienced, without condemnation or remarks.

Ana Blazheva, psychologist, mentioned that the journalists not only need the assistance from their living and working environment, but also professional assistance, if there is reoccurrence in the symptoms of the trauma they endured. This have proven to be very successful in resolving the consequences. According to D-r. Blazeva, the way the individual to survive through the consequences is for him/ her to accept and recognize the emotions when he/ she is facing crisis situation (in this case, the media workers).

During the workshop, five journalists and a photojournalist shared their personal experiences, but also the consequences of crises and traumas experienced while on duty, such as the Kosovo War, the 2001 conflict in Macedonia, the refugee and migrant crisis, facing infections and epidemics such as Ebola and Covid-19, but also reporting on personal human stories and socially disadvantaged people.

The workshop also talked about the psychological consequences of suffering threats and insults against journalists, but also about something that is additional stress and trauma to many journalists today - working from home and working in a pandemic. The research so far has shown that as many as 70 percent of journalists have reported psychological changes in relation to it.

The workshop was part of the "Promoting Media and Information Literacy and Strengthening Independent Media in the Western Balkans" project, implemented by Albany Associates (www.albanyassociates.com), together with regional media development organizations, including the Macedonian Institute for Media. The project is funded by the British Government.