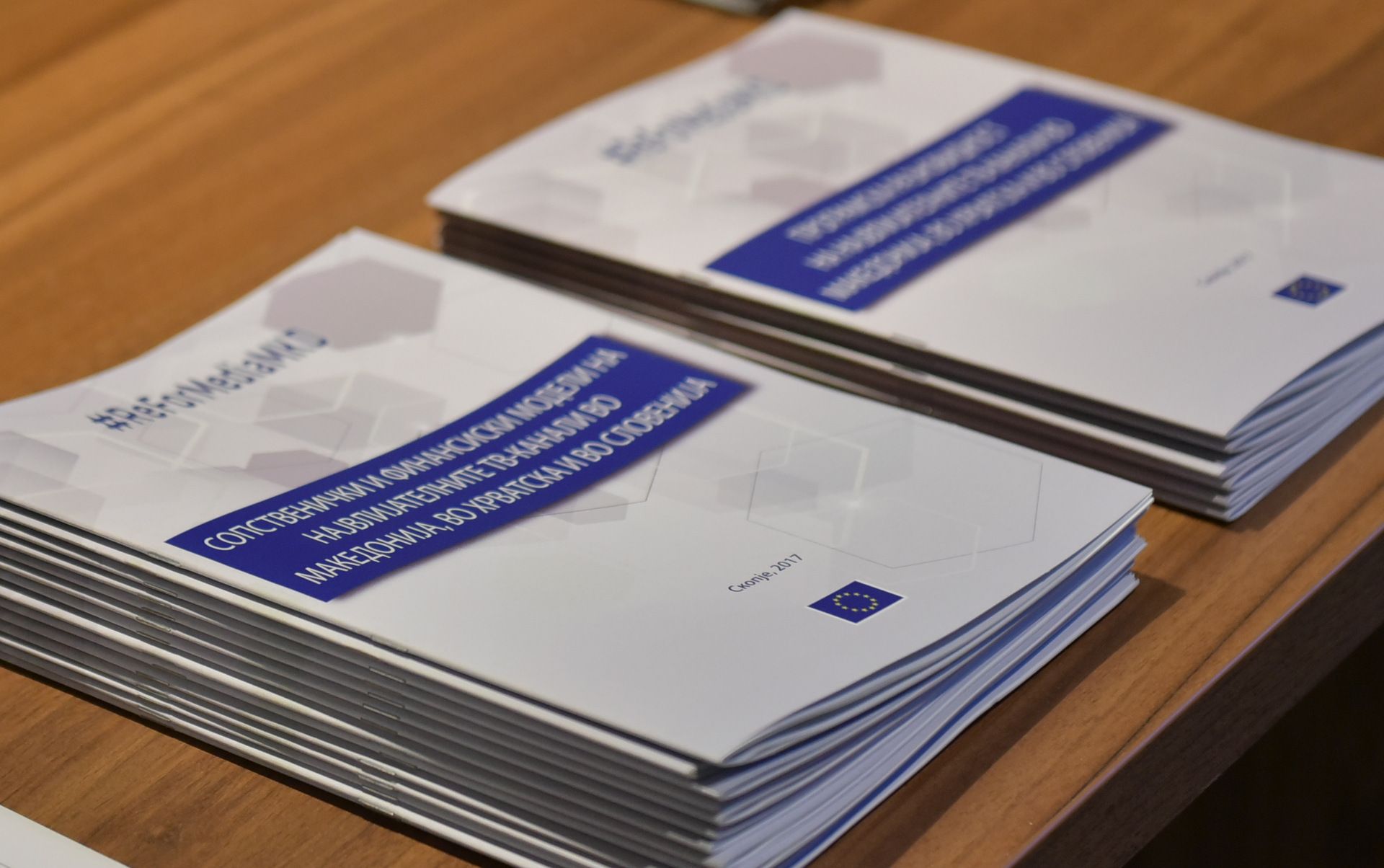 Analysis: Programme Diversity of the Most Influential TV-Channels in Macedonia, Croatia and Slovenia

Unlike Macedonia, the Croatian Nova TV and RTL are dominated by the entertainment shows and programmes, reality shows and the news programme, which are among the ten most viewed in general and individually by television channels. Both television channels broadcast Turkish series, but they are not dominant neither in terms of quantity nor prime time schedule, as it is the case in Macedonia. The broadcasting programme scheme of Nova TV and RTL is rich with many international TV series and films, enabled by the financially powerful media conglomerates that stand behind them, which can provide a rich catalogue of world production.

This is only part of the content of the Analysis on Programme Diversity of the Most Influential TV-Channels in Macedonia, Croatia and Slovenia, conducted by the Macedonian institute for media, within the project “ReForMediaMKD – Citizens, CSO’s and Institutions reforming media in Macedonia”. The project is supported by the European Commission.

The full report, together with conclusions and recommendation, is attached below:

Programme Diversity of the Most Influential TV-Channels3.51 MB