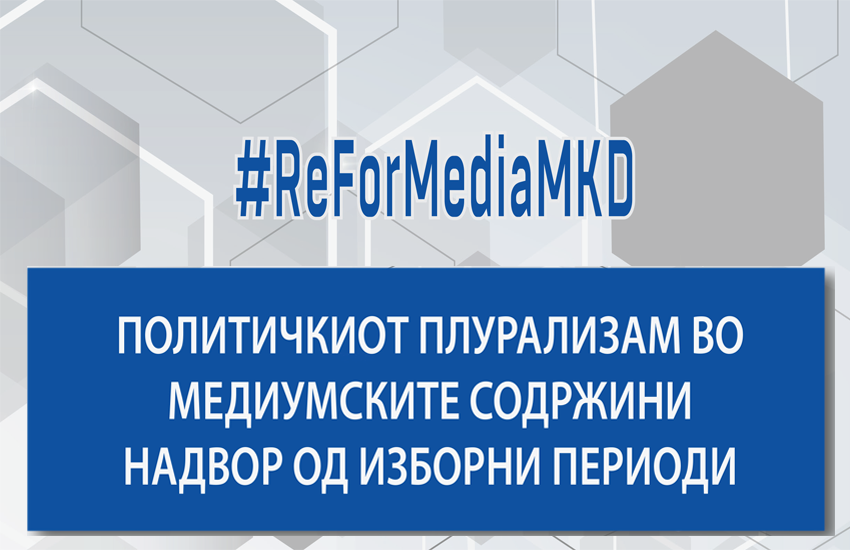 Analysis: Political Pluralism in Media Reporting in the Period Outside of Election Campaign

How to prevent possible repetition of the practice of granting an exclusive and privileged position to certain political power centres, as well as spreading propaganda on certain political parties and ideological opinions through the media, is one of the key problems in the media sphere in Macedonia. During elections, fair, balanced and impartial reporting is a legal obligation of the public broadcasting service and commercial media, but the problem arises and chronically pervades, especially outside the election campaign.

Fair and diverse reporting, as well as the expression of the positions of different political and ideological groups, including the views and interests of minority groups through the media,1 are some of the key professional and ethical standards that can contribute to achieving a political pluralism in the media. Political pluralism is a wider concept that refers to “the capacity and possibility of all social segments, with their likely diverse political/ideological views and interests to address/reach the public by means of the media”.

Political Pluralism in Media Reporting in the Period Outside of Election Campaign1.73 MB